We had the opportunity to sit down with Daradevil and talk about his newest release on Below – as well as the pandemic, music, and whats to come in the future for Daradevil.
Read the full feature below.

How did the idea for your track “Revive” come to be?
This year, I rebranded my artist name from Daravuth II to Daradevil, for many reasons.  With the new alias, I wanted to push my style more in different directions (i.e. incorporating dubstep elements & writing more emotional melodies in my latest songs & WIPs).  I originally planned for Revive to be Daradevil’s debut, so I wanted to push these opposing aspects to their extremes – create something really sweet & beautiful but also destroy it with a heavy, chaotic drop.  And since I try to refrain from repeating drops in my music, when I got to the second half, I decided to completely switch it up with a corrupted, glitchy (but fundamentally melodic) future bass drop to wrap things up.
​

Do you like to stick to one genre or style? Or do you enjoy changing it up?
The majority of my work falls into hybrid trap, but I enjoy experimenting with other genres.  My newer work (mostly my WIPs) dips into dubstep, riddim, drum & bass, hardstyle, etc.  There’s so much out there to create so why not try?

Who’s an artist you look up to that influences your sound, And why?
My favorite artist, Oolacile.  Ever since I first noticed him, he’s been consistently making such strange and unconventional dubstep tracks, and you never truly know what to expect with the next song, yet he still has such a distinct and notable style.  His sound has become more melodic recently, but regardless: he often uses weird glitchy and digital sounds; he keeps his drops refreshing with breaks and fills; and he isn’t afraid of standing out and showing who he really is with his music.  I admit I have been strongly influenced by each of these aspects.

If you could pick any 3 ‘bigger’ artists to collaborate with, who would it be?
​Why did you pick those 3?
Well, definitely Oolacile.  He also has some of my songs in his SoundCloud likes so maybe there’s a chance?
Herobust. I believe he was a strong catalyst of that new wave of hybrid, dub-influenced trap a few years back.
Feed Me.  He is just an OG and one of the most incredibly talented people in the scene. And he’s still going strong after all these years!  I bet sitting with him for just one session would be a truly enlightening experience.

Do you have any other hobbies besides producing music?
Right now, I barely even have time for music. I just started my first year in med school, so hobbies are going to have to take a break for now.  But before school and the pandemic—I liked playing video games, reading, going to the beach.  Is sudoku considered a hobby? I picked that up earlier this year and still play it frequently.

Aside from the pandemic this year, what has been the biggest struggle that you have faced so far as an artist, and how did you overcome it?
Sending music to labels can be a struggle.  Making a track from start to finish takes me 60+ hours, by that point I’ve heard my song countless times and just want it out there, then when the time comes for submissions, there’s plenty of rejections that can take 2 months to get back to me or instances where I just never get a response at all.  It can be a very disheartening, frustrating, and self-doubting process.  Obviously, you guys at Below are fine, as well as the labels I’ve released with in the past.  The key is finding the right collective of artists with similar interests and just shooting for it.  And having a lot of patience.

Where do you see yourself in 5 years?
If all goes well, I’ll be done with school and working at a clinic or my own practice.  I’ll have my own house, maybe with a designated studio room.  And hopefully, I will have plenty of free time to focus on my music and other hobbies.  Besides that, it’s hard to tell but I guess we’ll see!

As we dive deeper into the latter half of the year, what are some goals you’d like to achieve before the end of 2020?
Wow, there’s only two months left so I’m not going to set anything too high.  But I’d like to pass all my classes this semester.  Move into a new place.  Get to know my peers and classmates more.
Music-related, I have 10 unreleased songs (including some collabs with my friends) that are either nearly finished or completely finished and need to be sent out.  I’d like to wrap up some of these, but with the turnaround times for submitting and releasing music with labels, I don’t see another official release until next year. I might just post some originals on my SoundCloud—but expect an unofficial Virtual Riot remix on my page soon!

If you could pick ANY venue or festival in the world to play at, what would it be and why?
I’ve never been to any festivals except Lost Lands 2019, so that would be fine with me!  I don’t have a top choice, but any of those other big, crazy festivals are cool, too.  EDC, UMF, Tomorrowland/World…as long as there’s huge stages, loud sound systems, and crazy visuals and effects, sign me up!  But I’ve never actually played at a venue before, so my performance may disappoint thousands of attendees all at once!

Lastly, What is something you want your listeners to know about Daradevil?
Honestly, I’m just a kid trying to make it through school to become a doctor.  EDM and music production is a big part of me, and I am passionate about it, but not in the same way as full-time artists building a career off their music.  It’s just a fun and fulfilling hobby that I hopefully won’t get bored of in the next several years.  It’s just not a full-time job for me.  Honestly, I’m not really into DJ-ing or performing or advertising or branding…I think I’m fine just being a bedroom producer.  Listening to music, finding music, and sharing music is still—and will always be—an important part of my life and I am so grateful to have become involved in this niche artform and meeting and befriending other like-minded people.  Thus, I believe that producing and sharing my own music, trying to push the boundaries and break the mold, and creating new and original music is the least I can do to give back to the music community that has helped me so much.

Listen to Daradevil – Revive out now on all your favourite streaming platforms!

Above and Below Launches Patreon – Join The Inner Circle

Written by: Areen KojikianThrough all the years working in the music industry and developing the Above and Below brand, label

I want To Read More 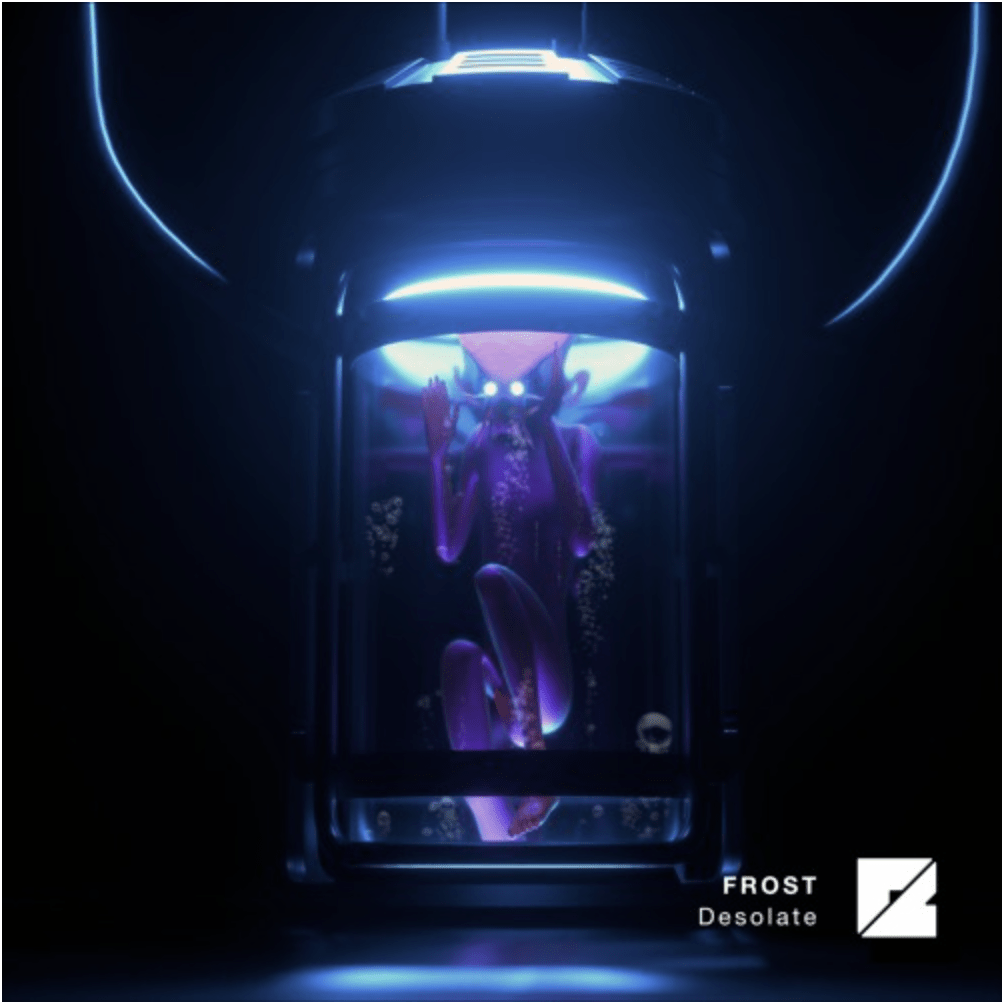 Frost – Desolate Out now on Below!

I want To Read More